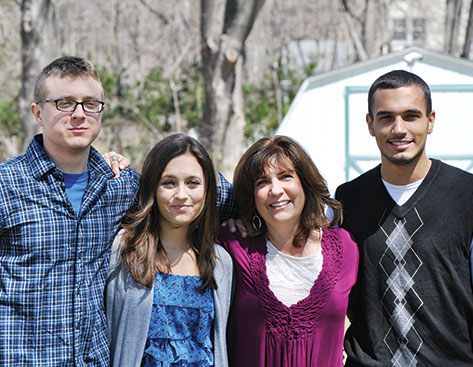 Be a Good One

My story begins with a quote by Abraham Lincoln, with whom I share a birthday: “Whatever you are, be a good one.” Many years ago this became the mission statement of my life and remains so to this day.

I am a person with metastatic breast cancer who made a promise to be the best person with cancer I could possibly be… I was determined to “Be a good one.” My story began with a large lump in my right breast, which after a mammogram and ultrasound I was told was nothing. Well, this “nothing” hurt like hell, waking me at night. The pain was comforting because I’d read somewhere that breast cancer didn’t hurt, so I had nothing to worry about, right? Wrong! It was cancer.

My reaction, like most people’s, was one of disbelief, sadness, fear, anger and a supreme sense of betrayal; my response was one of grief. I felt sad about what at the time I thought was my imminent death, snubbed out in the prime of life. I was mad at God and the world for this injustice. Hadn’t I been a good person?! I was scared out of my wits and felt betrayed by my body.

A million miracles both large and small happened before and during my cancer diagnosis. The right people were placed in my life at the right time over and over again. The right decisions were ultimately made, even if at first they appeared to be the wrong decisions. One example occurred when I visited my primary care provider for my annual exam. She didn’t like the “nothing” lump, so I agreed to get another mammogram at a different imagining center. The radiologist reading this mammogram was excellent and in the new mammogram, the doctors discovered something was amiss that warranted further investigating, and they were right.