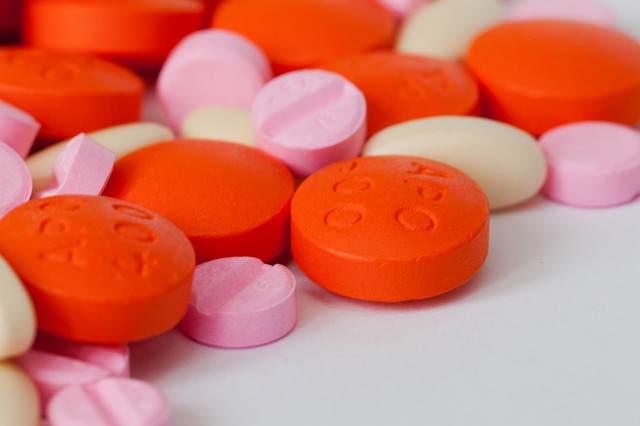 The Power of Placebos and Visualisation

A rare event occurred on Monday night; I had complete autonomy over the television, my son having gone upstairs to immerse himself in the production of his own ‘Super Hero’s Lego’ film clip, on his phone.  Lying back on the sofa, I flicked through the channels; my eyes immediately engaged on BBC 2’s Horizon programme entitled ‘The Power of the Placebo’. The documentary was to explore why placebos work, despite containing no active ingredient, and how we can benefit from their hidden power.

A sense of euphoria swept over my body, for this programme would undoubtedly back up the concept behind In Mind In Body. “The subconscious mind is able to affect more changes in the body and bring about more desired outcomes than most scientists yet know,” Dr Sandy Jost.

First off we were introduced to a group of elite British champion cyclists, who Dr. Chris Beedie had brought together to test a ‘legal performance enhancing drug’ to see if it would help them ride faster than ever before. They were requested to ride two sprint time trails, with 100% effort and 4 hours gap in between. The ‘enhancing’ drug was given before the 2nd trail, what the cyclists did not realise was this was really only cornflower in a capsule! A vast majority of the cyclists improved their times on the second sprint, some even setting personal bests!

Dr. David Kallmes, a back surgeon at St. Mary’s Hospital in the States, uses a procedure whereby surgical cement is injected into cracked vertebra to help relieve pain and increase movement. He noticed on very rare occasions that the wrong vertebrae were cemented and yet the patient still felt relief? He decided to design a trial of false operations, some cemented, some not and yet of the 130 patients involved everyone showed improvement. Bonnie, felt her life was transformed within a week, she was soon back playing golf with her husband and yet Bonnie had had the placebo. What was most amazing of all, a few years earlier Bonnie had undergone a real cementing of other vertebrae, and felt no difference between the procedures?

Next we were whisked to the top of Italian Alps, to meet Professor Fabrizio Benedetti (University of Turin) who uses low oxygen levels at high altitudes to conduct his investigations, to test whether placebos can cause real changes in the body. Subjects strapped with fake oxygen canisters were requested to hike for 30 minutes whilst their brain activity, heart rate and neurotransmitters were all monitor. Soon out pacing the scientists, the subjects disappeared into the distance, their muscles working with the ‘oxygen’ provided, but in reality there was none. And yet their PGE2 pain markers, still dropped, as if they had.

Even a Parkinson patient, reliant on a daily dose of dopamine to walk and function normally, was given a placebo, which made the brain release dopamine just like the real drug. The powerful link between the mind and body is undeniable; our thoughts and expectations do cause chemical and physiological changes in our bodies.

Guided imagery/visualisation can work the same way. Simply put it is a process of creating a mental image or intention of what you desire to happen or feel, using multi-sensory input (taste, touch, smell, sight and hearing) so with PRACTICE (continual rehearsal) the body can perceive it as an actual experience, and the body mind works together to bring it into conscious awareness.

As Professor Angus Dalgleish acknowledged, the state of an individual’s mind does affect their immune system and becoming positive does make a difference. Guided visualisation can help people to ‘change’ what their mind is thinking enough so that they have a different outcome associated with their health.

Visualisation is a technique programmed into most elite athletes training schedules, not only to improve their skill, but also to aid healing and recovery after training, as well covering the psychological aspects of a given situation/experience during performance. It gives them belief and serves to fulfil their expectations. ‘It’s an incredibly powerful technique we all need to learn,’ Sally Gunnell OBE, Olympic Gold medallist.

Visualisation whilst widely accepted in the world of sport; can also help in healing, health and well-being.  You can effectively bring something into being, through repetitive thought. Neurogenesis ( birth of neurons) is FACT, it is not wishful thinking. Our brains are never static; we are constantly producing new brain cells. The cells with their synaptic connections simply ‘listen’ for 21 days before they talk, hence why people say ‘it takes 21 days to learn a habit’. Deciding where you focus your attention, decides where the neuron is placed. Sleep, healthy nutrition and exercise also help the brain to learn, however being aware of quite ‘what’ you are focusing on helps too. Are you attracting the right intention?

In order for placebos to work, do people need to be deceived into believing they are real? Professor Ted Kaptchuk , from Harvard University worked with a group of patients suffering from irritable bowel syndrome. They were told the medication was a placebo; however they might work due to their own self healing. Indeed in many cases they did. The very fact they had seen a physician, taken pills daily allowed the body to know ‘something’ was being done.

The concepts of hypnosis and placebos overlap; once more they are based upon belief, expectation and suggestion. A hypnotherapist, who was also a dentist, hypnotised his patient to enable him to extract a wisdom tooth with no anaesthetic. The patient was able to activate his own internal pain killing systems, through suggestion. He held belief and expectation in the outcome and his dentist.

Unlocking our bodies potential to self heal, will continue to be investigated. Offering a person with cancer or any other debilitating illness, HOPE to enable them to become more POSITIVE makes a HUGE difference to their outcomes. At In Mind In Body we have aimed to do just that.

THINK IT. SEE IT. ACHIEVE IT.